Joseph Preuss is showing his collection of photos January through February 10th at Frankie’s. Come check it out.

“I shoot with both eyes open, I shoot from the gut, I always will.”

Joe’s mother’s chosen profession was photography. As far back into his childhood as he can muster memories he recalls being curious about how all of that shiny equipment worked. His curiosity was noted and throughout his youth his mom would teach and share; she would ask him questions or offer an opinion if he mentioned anything to do with photographs or photography. As he grew, his interest faded and moved on to other things. After all that was her thing, right? He didn’t realize that she had planted a seed of thought that would take a couple of decades to sprout.

Having grown up in a home with a darkroom, in which his mother worked after the culmination of a long career spent working for others, and after witnessing the dawn of the digital age of photos lead to the obviation of her work, he learned to really appreciate the skill that it takes to work with film. Many times he would be asked for help or simply told “I need your eyes Joe.” She always trusted his instincts when it came to cropping, contrast, composition, grain or any number of things she might want a second opinion on. He never gave much thought back then of how much taking, processing, and in her case, restoring old photographs was (and still is) a fine art. Needless to say, he shoots digital only now yet stays true to his roots and does nothing to his photos that couldn’t be done in a darkroom unless specifically asked to do so by a client.

Joe is a transplant to Mendocino. His grandparents had property in the area and he spent every summer of his youth from age one to eighteen romping around the hills of Comptche and Navarro. He always wanted to live here and now feels truly blessed to be able to take in the beauty that surrounds him here on the coast on a daily basis. He now sets out to share the gift that she fostered in him so long ago and to share a few pieces of his home, as he sees it, with you. 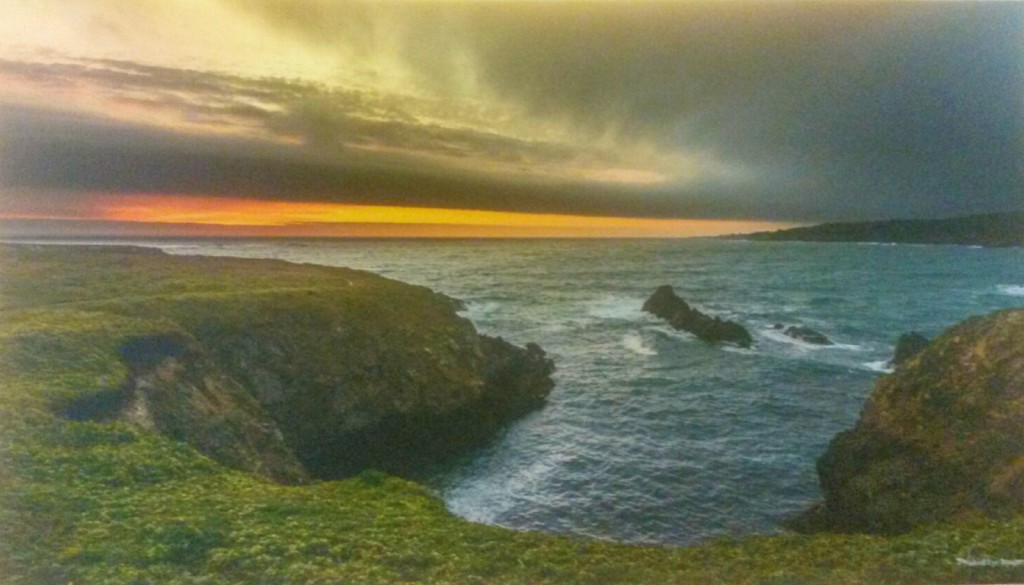 Check upcoming and past Art Exhibits at Frankie's. If you are interested in showing your art at Frankie's please contact sa@frankiesmendocino.com
© 2014-2016 Frankie's . Mendocino . California
Back to Top
Nourishing Community